Child labour is one of the major issues in many parts of the world including Nepal. An estimate in 1996[1] showed that about 250 million children of ages between 5 to 14 years were working full-time or part-time. Most of these working children were in developing countries, over 50% of them in South Asia.

Nepal is one of the countries with a very high proportion of child labour. An estimate based on a Labour Force Survey[2] in 1998/99 showed that about 2 million (41%) children out of the total population of 4.9 million of ages between 5 to 14 years were involved in work.

Awareness towards the gravity of child labour problem is a relatively new development in Nepal as in many other parts of the world. Though children’s health and education has remained a priority of Government of Nepal (GN) for decades, it was only during the 1990s that the magnitude of the problem of child labour was realized. Since the early 1990s the issue of child rights and child labour has received greater attention which is being reflected in national policies and programs. Because of the social and economic circumstances of the country, child labour issue in Nepal is rather difficult and complex. Nepal is one of the least developed countries. About 90% of the population in Nepal live in rural areas. About 81% of the total population depends on agriculture, mostly subsistence farming. About 42% Nepalese live under the absolute poverty[3], with income less than one dollar per day. Because most of the adults are illiterate (adult illiteracy rate about 50%), the capacity of most families to undertake alternative economic activities or to organise themselves to develop social and economic safety measures are seriously constrained. Accordingly, GN has adopted poverty reduction as an important strategy to overcome the problem of child labour. For details download here 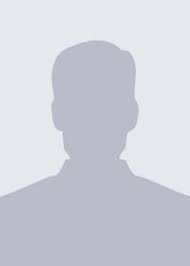